Bending of the uterus: myths and problems

The doctor said that you have a bend in the uterus, and you are afraid that this will become an obstacle to conception? And the diagnosis sounds scary – for sure, the wrong position of the body of the uterus is dangerous to health … Is it really so?

The doctor said that you have a bend in the uterus, and you are afraid that this will become an obstacle to conception? And the diagnosis sounds scary – for sure, the wrong position of the body of the uterus is dangerous to health … Is it really so?

Normally, the uterus is not static and may slightly change its location. If it’s temporary, then you don’t have to worry. If the uterus is constantly in an unusual position for her, then doctors talk about bending. In this case, the bend can be both completely invisible to reproductive health, and lead to infertility. 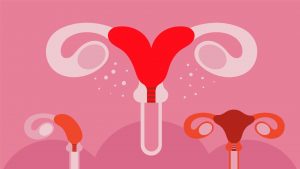 Correct anatomy
In the absence of pathologies, the uterus is located in the depth of the small pelvis and is in the same plane with its neck. It is secured by ligaments, which are composed of dense connective tissue.

The anatomically correct location of the uterus ensures that during intercourse, sperm can easily and quickly enter the fallopian tubes and meet with the egg. This is how a new life is born. With a pronounced bend, it is difficult for sperm to penetrate inside, which increases the risk of developing infertility.

Types of bending of the uterus
Gynecologists distinguish between several positions of the uterus bend, including:

Any kind of bending of the uterus requires medical supervision and periodic examinations in a clinical setting. Only with the participation of an experienced gynecologist can you be sure that sex life will bring only joy and pleasure, and pregnancy will occur at the desired time period.

Symptoms of uterine fold
Signs indicating the wrong location of the uterus are quite varied and may overlap with symptoms of other gynecological diseases. Put all your affairs aside and make an appointment with your gynecologist if you have the following symptoms:

severe pain during menstruation;
periodic changes in the volume of menstrual flow in the direction of increase or decrease;
an abundance of clots in menstrual flow;
smearing intermenstrual discharge;
discomfort during intercourse;
problems with urination and bowel movements;
inability to get pregnant with regular sex life lasting at least a year.
In some cases, the bend of the uterus can be detected when examining the patient on the gynecological chair, using palpation. Ultrasound is also used for diagnostics.

Causes of bending of the uterus
Curvature of the uterus can be congenital and acquired. The congenital form of this pathology in most cases does not interfere with the conception and bearing of a child. If the bend of the uterus forms during a woman’s life, then most often the following factors become its cause: 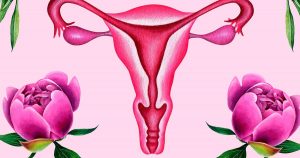 sexually transmitted diseases;
endometriosis (growth of the inner layer of the uterus outside of it);
adnexitis (inflammation of the ovaries and fallopian tubes);
surgical interventions in the abdominal cavity;
prolapse of the uterus;
diseases of the pelvic organs;
excessive physical activity, including an overabundance of fitness classes.
Treatment of uterine fold
Therapy for bending the uterus is carried out with the aim of preventing pathological pregnancy and infertility. If the cause of the improper location of the uterus is adhesions formed as a result of diseases or operations, they may need to be dissected.

For resorption of adhesions https://en.wikipedia.org/wiki/Adhesion_(medicine), medications and therapeutic exercises are also used, which the patient will be taught by a gynecologist. In addition, physiotherapy treatments are used. The specialist will give a number of advice on the acceptable intensity of physical activity, nutrition, acceptable types of rest and other equally important issues. All this will contribute to the prevention of recurrence of the uterus bending, will allow you to live a bright, full life and become a mother when you want it.

Be attentive to your health and do not forget to visit your gynecologist regularly!

Why does a woman need testosterone and how to regulate its production? 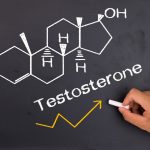 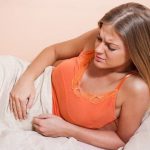 Heavy bleeding during menstruation: what to do and who to contact