Complications of cirrhosis of the liver

The main complications of cirrhosis of the liver include:

Ascites
The most common complication that develops in almost 60% of cases. It is characterized by excessive accumulation of fluid in the abdominal cavity. It leads to displacement of the diaphragm into the chest cavity, increased intra-abdominal pressure, restriction of pulmonary respiratory movements and disruption of normal cardiovascular activity.

The causes of ascites are increased pressure in the portal vein system and insufficient excretion of sodium in the urine.

The last stage of ascites is visible to the naked eye and is accompanied by an unfavorable prognosis, since this pathological condition can provoke the development of other complications. 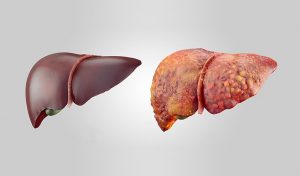 Treatment of ascites is directed at the underlying disease. It is possible to eliminate an excess amount of fluid only in a hospital under the supervision of a physician.

Bacterial peritonitis
Usually develops with ascites. An aggravated factor for the development of bacterial peritonitis is a failure in the immune system, the penetration of pathological microflora from the intestine into ascitic fluid.

With the development of peritonitis, the prognosis is unfavorable.

Hepatic encephalopathy
This is a complex violation of the functions of the brain, which occurs against the background of severe pathologies of the liver. Toxins that the liver removes in a healthy state are no longer able to pass through it. They enter the brain with blood flow and lead to a violation of its physiological functions.

Having eliminated the root cause of the pathological condition, neuropsychiatric disorders are reversible in most cases.

Stage 4 of this complication threatens with coma, which, as a rule, ends in death, regardless of the quality of treatment.

Hepatorenal syndrome
This is a pathological condition that occurs against the background of severe liver damage. It is manifested by a secondary violation of kidney function, up to severe renal failure.

Regardless of the type of hepatorenal syndrome, the prognosis remains unfavorable https://bestpractice.bmj.com/topics/ru-ru/402.

portal hypertension
This is a clinical syndrome characterized by increased pressure in the portal vein system due to impaired blood flow in the portal vein (inferior vena cava, hepatic veins). Most often occurs against the background of cirrhosis of the liver.

With PH, blood flows back through the coronary vein of the stomach into the veins of the esophagus, which leads to vein dilation and bleeding.

The first symptoms of PG: severe pain in the right hypochondrium, bloating, yellowness of the skin and mucous membranes, loss of appetite, increased fatigue. 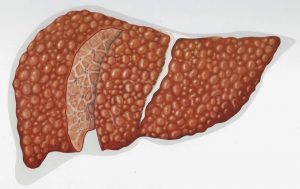 Depending on the type of PG (suprahepatic, intrahepatic, subhepatic), the treatment tactics will differ.

Treatment of PH, as well as other complications of liver cirrhosis, requires immediate medical attention, including radical actions – porto-caval shunting or liver transplantation.

According to statistics, mortality in PH exceeds 50%. The favorable prognosis is determined by the reserve capacity of the liver and the volume of blood lost.

Hepatocellular carcinoma
It is the most common primary liver cancer. It develops in patients with liver cirrhosis, hepatitis C and B, with alpha-1 antitrypsin deficiency, hemochromatosis, etc.

Primary liver cancer is more common in men than in women.

The tests and screening programs at the Spizhenko Clinic allow doctors to identify complications of liver cirrhosis, including hepatocellular carcinoma, before the first specific symptoms develop.

Advanced liver cancer https://en.wikipedia.org/wiki/Liver_cancer has a poor prognosis. However, without the spread of the pathological process beyond the boundaries of the organ, it is appropriate to carry out radical methods of treatment, including resection of the affected area of ​​the liver.

Laparoscopy in gynecology: nuances you need to know about 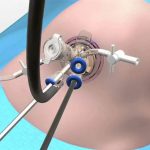 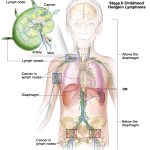