Heavy bleeding during menstruation: what to do and who to contact

Do you think that with heavy bleeding during menstruation, the main thing is to stock up on pads or tampons? This is not true. With excessive monthly blood loss, you need to think about whether your body is working properly and whether it needs the help of a doctor.

Do you think that with heavy bleeding during menstruation, the main thing is to stock up on pads or tampons? This is not true. With excessive monthly blood loss, you need to think about whether your body is working properly and whether it needs the help of a doctor.

In ancient times, menstruation was considered a process of “cleansing” the female body, when all “excess” is removed from the body and a new life cycle begins. Then they did not yet know about the periodic rejection of the functional layer of the endometrium, which is accompanied by bleeding and plays a very important role in a woman’s ability to conceive a child.

And although most modern women are aware of the peculiarities of the functioning of the internal genital organs and know how to distinguish between normal menstruation and pathologies, still often heavy bleeding does not cause any concern.

Very often, a woman who loses a lot of blood every month is worried about only one question: how to choose hygiene products that will not fail at the most unexpected moment and will not cause embarrassment at home and at work. This is wrong – everyone needs to know that profuse blood loss (menorrhagia) can indicate serious health problems. And the sooner you see a doctor, the more likely the development of the disease can be stopped in time, before it causes irreparable harm.

What is the norm?
Menstruation in girls begins at the age of 12-14 and lasts until about 50, when menopause occurs. On average, the duration of the menstrual cycle is 21-35 days. The first day of bleeding is considered the first day of the cycle.

Normal flowing periods last on average from 3 to 7 days, during which 50-70 ml of blood is lost. In the first days, abundant discharge is usually observed, and finally “remnants” of dark brown discharge come out.

It is not always easy to determine the volume of your menstrual fluid on your own. As a guideline, a woman normally uses about two classic pads a day, and up to four a day. If these numbers are far from yours, it’s time to make an appointment with a good gynecologist.

When you need a doctor’s help
In addition to the very frequent change of pads or tampons, profuse pathological bleeding during menstruation may be accompanied by the following symptoms:

spotting lasts more than a week each time;
Many large blood clots are released during your period;
menstruation is accompanied by severe pain in the lower abdomen, radiating to the lower back;
Excessive blood loss makes you more and more tired and lethargic even after you rest.
Having found at least one similar symptom in yourself, you must immediately, without delay, make an appointment with a gynecologist.

Causes of heavy bleeding during menstruation 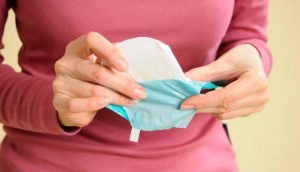 Whenever, in the presence of pathological bleeding, you want to wait until everything “will work itself out somehow”, without the help of a doctor, it is recommended to re-read the list of diseases below, which may be a symptom of menorrhagia.

Myoma of the uterus
Myoma of the uterus is a tumor that occurs in the muscle layer. The disease can develop both in the body of the uterus itself and in its cervix. At first, fibroids may not appear in any way. Among her most formidable complications are infertility, abnormal pregnancy, disorders in the functioning of internal organs and the risk of torsion of the tumor stem, accompanied by severe pain, when a woman needs an immediate call to an ambulance.

Adenomyosis
With adenomyosis, the endometrium – the lining of the uterus – begins to cover other layers of this organ. The disease does not lend itself to complete medical correction; it can cause constant poor health and the development of serious anemia.

Polyps of the cervix and uterine body
Polyps are benign growths that form from the endometrium. Lack of attention to the problem and the progressive growth of polyps threaten infertility, a decrease in the quality of sexual life due to pain and discomfort, as well as the degeneration of neoplasms into a malignant tumor.

Cancer of the cervix and ovaries
Oncological diseases are the most serious cause of excessive blood loss during menstruation, which once again confirms the need to see a doctor at the first manifestations of menorrhagia.

Heavy bleeding can also indicate an ectopic pregnancy https://en.wikipedia.org/wiki/Ectopic_pregnancy. And if the pregnancy has already begun – about miscarriage.

In order to prevent the development of complications, be attentive to your health, be sure to pay attention to the nature and volume of menstrual flow, do not forget about routine examinations with a gynecologist and immediately contact him if you have any doubts.

Bending of the uterus: myths and problems 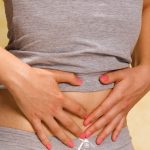