Polyps need to be removed

Why you shouldn’t hesitate with surgical treatment of endometrial polyps.

The diagnosis of “endometrial polyp” persists in causing fear in women. Why, after a visit to a gynecologist and ultrasound diagnostics, which showed the presence of pathology, does panic so often occur? We will understand the problem and find ways to eliminate negative emotions.

First fear
“The doctor did not have time to explain what was happening to my body. She wrote in the medical file “suspected endometrial polyp” and gave a referral to the hospital. I am scared and I want to cry. ” Elena, 27 years old. 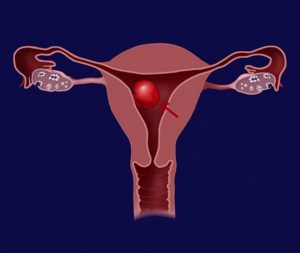 Unfortunately, insufficient patient information is a widespread problem. Ignorance breeds excitement. Therefore, the best way to calm down after a diagnosis is to get the information you need about it.

Endometrial polyps are growths of endometrial tissue lining the inner uterus. Most often they are benign. Polyps are always located in the inner, usually upper part of the uterus, in this they differ from leiomyomas (fibroids, myomas), which arise from the uterine muscles and can be located in any part of the organ: inside (submucosal leiomyoma), outside (subserous leiomyoma), in the wall ( intramuscular leiomyoma). Polyps vary in size, from millimeters to centimeters, and can be single or multiple.

Polyps are often associated with abnormal uterine bleeding. They can cause bleeding between periods, cause bloody discharge after intercourse, lead to profuse blood loss during menstruation, associated with severe pain syndrome of a spastic nature, initiate postmenopausal bleeding.

Important data:
Endometrial polyps can cause abnormal uterine bleeding in women of all ages. Women of childbearing age are at the highest risk (85% of cases).
Most endometrial polyps are benign growths.
Risk factors contributing to the appearance of endometrial polyps include abortion, infectious and inflammatory diseases of the pelvic organs, uncontrolled use of oral contraceptives (COCs), dyshormonal disorders, etc.
Polyps are often found during ultrasound diagnostics, while there may not be any complaints about a deterioration in well-being.

Second fear
“They found a polyp, read the forums, the girls write, its resection is more dangerous than a polyp. I won’t go to the hospital! ” Olga, 21 years old. 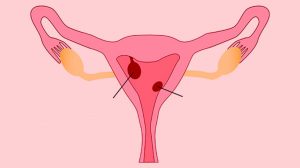 Polyps are dangerous for a woman’s health, they can provoke infertility, severe blood loss, there is evidence that some formations are reborn into malignant ones. The operation is necessary if the size of the polyp is more than 1 centimeter, and preliminary hormone therapy has not yielded a positive result. The hysteroscopic method is now used to remove polyps. During hysteroscopy, the gynecologist determines the exact location of the polyp using a hysteroscope – an apparatus equipped with a mini-camera for examining the mucous membrane. The cervix is ​​preliminarily disclosed. No incisions are made. After determining the number of polyps and their size, they are excised. The growths are cut with a special electrical loop without the risk of bleeding and perforation of the uterine wall. Visual control throughout the operation ensures excellent results and the removal of even very small lesions.

The procedure is performed under general anesthesia for 15-20 minutes, this is the so-called “one-day surgery”. The recovery period is 24-48 hours. In most cases, you can go home on the day of the operation. Hysteroscopy is most often prescribed on the second or third day after the end of menstruation. The procedure is universal and carried out in the most gentle way.

The third fear
“The doctor told me that the polyp needs to be removed, but what a guarantee I have that I will not have to undergo operations from year to year, and these are such risks! And I also plan to become a mother! ” Galina, 30 years old.

The generally accepted tactics of managing patients with endometrial polyps https://en.wikipedia.org/wiki/Endometrial_polyp is primarily aimed at removing the polyps. Relapses of the pathology are possible, especially if not all polyp tissues were removed during the operation. According to clinical studies, the risk of recurrence of endometrial polyps in pre-menopausal women ranges from 15% to 43%. Their reappearance is most likely within six months after removal. That is why it is important to entrust your health to an experienced specialist who will select the necessary postoperative therapy and contact a clinic with modern equipment. New technologies make it possible to perform hysteroscopy as accurately and thoroughly as possible, reducing the risk of recurrence.

How are different types of infertility treated? 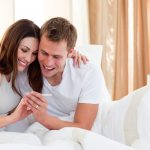 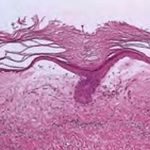 Krauroz: there is a solution