Are you worried about yellowish discharge, foul odor, redness, itching and burning in the genital area? You may have trichomoniasis, one of the most common sexually transmitted diseases.

Are you worried about yellowish discharge, foul odor, redness, itching and burning in the genital area? You may have trichomoniasis, one of the most common sexually transmitted diseases.

Trichomoniasis is an infection that causes inflammation of the genitourinary system in women and men. The causative agent of the disease is Trichomonas – protozoa, which are characterized by increased resistance to antimicrobial drugs and are able to survive under the most unfavorable circumstances for them. 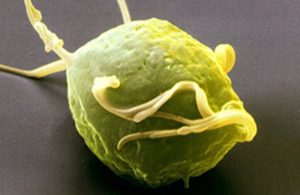 Trichomonas live in the vagina, cervix and urethra in women, and in men they occupy the urethra, prostate, seminal vesicles, testicles and their appendages. Most often, trichomoniasis is diagnosed in patients under 40 years of age.

According to statistics, more than 10% of people on our planet are infected with Trichomonas, and many are unaware of this. The rate of spread of this disease is also impressive – more than 170 million people fall ill with trichomoniasis every year. Those of them who do not receive the necessary treatment on time develop complications over time, leading to chronic inflammation and infertility.

The acute stage of trichomoniasis in women is manifested by the following symptoms:

copious yellowish or greenish discharge, often foamy;
the appearance of a sharp unpleasant odor in the genital area;
edema of the mucous membranes of the genitals, severe itching, hyperemia;
pain while urinating;
discomfort during intercourse.

Symptoms usually worsen before menstruation. When the infection spreads inside, covering the uterus, fallopian tubes and ovaries, pulling pains in the lower abdomen and an increase in body temperature may occur.

Men have similar symptoms of trichomoniasis, including genital itching, mucopurulent discharge, and redness of the glans penis.

In some cases, trichomoniasis may not manifest itself in any way in both women and men. In this case, an infected person is a carrier of trichomoniasis, constantly spreading the infection.

How does Trichomoniasis get infected?
Most often, trichomoniasis is sexually transmitted. But due to the fact that Trichomonas are able to survive in the external environment for up to an hour, it is possible to transmit infection through personal hygiene items, for example, through a towel, which is used by all family members. You can also get infected in the fitness club and in the pool. The incubation period, after which the manifestations of the disease begin, is from one to four weeks.

Since no one is protected from Trichomonas infection, a special role in maintaining health and preventing the development of complications in trichomoniasis is assigned to preventive examinations by a gynecologist and urologist. Even if nothing bothers you, do not forget to visit doctors periodically.

Diagnostics of the trichomoniasis 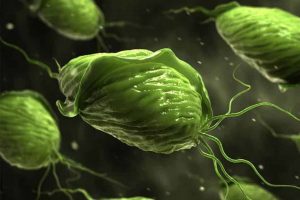 Two days before going to the doctor, it is recommended to give up sexual intercourse, douching, vaginal suppositories and sprays, if their use has not been agreed with a specialist. On the day of the diagnosis, it is advisable not to urinate about two hours before the examination.

To identify the causative agent of the disease, it may be necessary to examine a gynecologist, urologist, a bacteriological smear from the vagina or urethra (in men) and a PCR analysis to determine the DNA of the pathogen.

Quite often, trichomoniasis is diagnosed in combination with other pathogens of sexually transmitted diseases, including chlamydia, ureaplasmosis, candidiasis, herpes and gonorrhea. If several infections are detected, complex treatment is carried out.

Trichomoniasis treatment
During the course of treatment, both antiparasitic therapy in the form of taking medications and local treatment using ointments and suppositories are used. Immunomodulatory therapy may also be required.

It is recommended to refrain from sexual intercourse during treatment. Remember that vaginal suppositories and pills used to fight trichomoniasis will reduce the strength of condoms.

Danger of trichomoniasis
Trichomonas https://en.wikipedia.org/wiki/Trichomoniasis in the course of their life increase the risk of contracting other infections, lead to chronic diseases of the genitourinary system, cervical cancer, infertility and pregnancy pathologies.

Self-medication of trichomoniasis either does not help at all, or it leads to the fact that the disease becomes latent, the manifestation of symptoms weakens, but Trichomonas do not stop multiplying and do not stop their destructive activity.

Prolapse of the uterus: self-medication is unacceptable 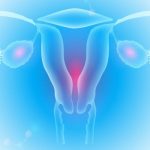 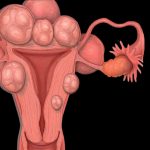 Is pregnancy possible with uterine fibroids