Among all the oncological diseases of the lymphatic system, it is worth noting Hodgkin’s Lymphoma separately. Its peculiarity is that it often involves secondary lymphoid organs, such as the spleen, in the process.

Most often, it begins with a simple benign process that, if left untreated, quickly develops into a malignant form. But still, with a full diagnosis and professional therapy, it can be treated and carries a favorable prognosis. 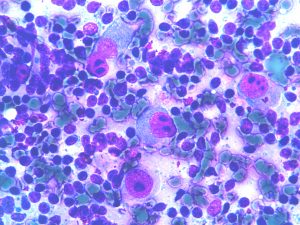 Most often diagnosed in adolescence and young age. Doctors distinguish 2 periods of life when the development of the disease is possible: in youth (from 14 to 35 years) and in the elderly (after 55 years).

More cases of lymphogranulomatosis occur in males. And in children under one year of age, HL was not registered.

The clinical form of lymphogranulomatosis is a unique malignancy due to several key characteristics.

First, a B-lymphoid tumor does not have this drastic loss of B-cell phenotype. Other lymphomas usually retain most of the typical features of their cellular origin. Although several factors have been identified that contribute to this reprogramming. But the phenomena that trigger this process are still not fully understood.

Second, although impaired control of signaling pathways is a key feature of all lymphomas, constitutive deregulation is present only in Hodgkin’s lymphoma and is not seen in other lymphoid malignancies.

Thirdly, cellular interactions with non-tumor elements are important for other neoplasms. The extent of cellular infiltration involving many different cell types and the similarity of the microenvironment to the inflammatory response are unusual in Hodgkin’s lymphoma. A picture emerges where specific cells act as master regulators of the chronic inflammatory response and multiple and diverse signaling pathways are activated, controlling an environment that promotes cell proliferation and impairs immune surveillance.

Many factors can worsen the prognosis for patients, including the presence of systemic symptoms (fever, night sweats, sudden weight loss with normal nutrition), a large number of lymph nodes and mediastinum, and problems with the hemostasis system.

In addition, the following clinical situations can complicate lymphogranulomatosis in the initial stages:

– if relatives of the first or second line had cases of lymphogranulomatosis;

— the influence of a bad ecological environment (contact with fumes, chemicals, etc.);

— Radiation and other exposures; 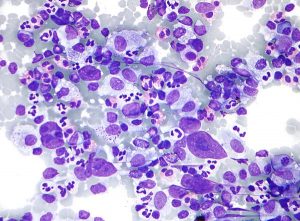 – HL with a prolonged process and involvement of nodular lymphocytes.

The exact etiology of Paltauf-Sternberg disease is still not fully known.

Lymphogranulomatosis can develop quite acutely when the disease goes from the development of oncology to its terminal stage, in just a couple of months – a year. There is also chronic Hodgkin’s Lymphoma, it is characterized by a rather slow and protracted process, with regular periods of exacerbation and remission of symptoms.

Thus, in HL, the following stages of the disease are noted:

Complications of cirrhosis of the liver 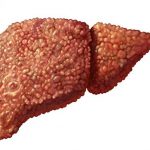 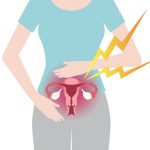